How to Spot a Bogus College Admissions Consultant

A college admissions consultant should not promote that it is his role or responsibility to “get” a student “in” to particular colleges. If that is promised, the consultant is bogus.

This according to Peter Stevens, the latest subject of Quantum Prep’s continuing series interviewing some of the best college admissions consultants (college coaches) in and around the Boston area. 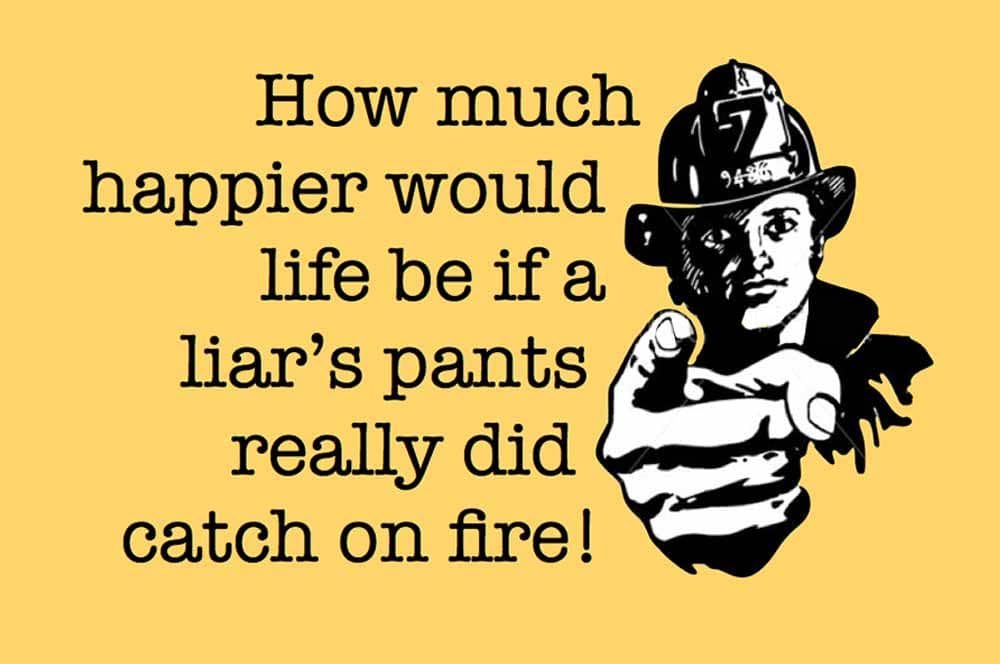 Peter Stevens is a member of the IECA, The Independent Educational Consultants Association and NACAC, the National Association for College Admission Counseling. He earned a Bachelor’s degree from Williams College and a Master’s from the University of Chicago. Stevens served as a Peace Corps Volunteer in Malaysia, and as headmaster of two American International schools in Europe and two independent college preparatory schools in the United States in a career spanning thirty years. He has been an Academic Dean in a therapeutic boarding school, and has worked as an independent educational consultant since 2004.

So Peter, is college admission consulting only for students looking to gain admission to elite colleges?

Effective college counseling is directed towards helping students gain admission to colleges that are appropriate for them.

This process is not smoke and mirrors, not sleight-of-hand, not subterfuge. Rather, an effective college counselor gets to know his/her students, recommends colleges that seem to fit the student’s profile, needs and aspirations, and advises on strategies to maximize admission possibility.

If the process were only suitable for applicants to “elite” colleges, folks like me would go out of business, for the percentage of qualified students admitted to such colleges today is mostly in or near the single digits.

What category of students do you typically work with and why?

I have worked with students of all kinds: those seeking the ‘elite’; others committed to small liberal arts colleges of modest to steep admission competitiveness; students with learning issues; some who want a ‘gap’ year first; and some who arrive with a particular focus (for example: “I want to be able to ski every day.” “I gotta have sunshine and warmth.” “I want marine biology.” “I want the best business program in New England.”)

I surely work with fewer students who want the “elite” at all costs than I do with those who have open minds and want to consider the various options in the wonderfully varied world of US higher education. There is a ‘most right’ college for everyone.

When should students and parents start thinking about working with a college counseling consultant?

I can work most effectively with a student if he or she comes to me by mid-year in one’s junior year. Preferably earlier. But, honestly, I have worked with seniors starting in December or January of their senior year. It’s really never too late to get help, though sometimes a student’s goals mean that we may need to consider an extra year, a “gap year”—that gift of time.

What qualities or criteria should a parent or a student look for in a consultant?

The consultant should NOT be an agent for specific colleges. He/she should have one client only in the relationship: the family.

The consultant should not promote that it is his role or responsibility to “get” a student “in” to particular colleges. If that is promised, the consultant is bogus. Instead, the approach should be to assist and guide the student (and family) in the search, to act as a resource for identifying appropriate colleges and a guide through the application process. Ask for a comprehensive summary of a particular consultant’s responsibilities; if you enter a contractual agreement, what can you, the family, expect (in some detail)?

Does the consultant have experience in college admissions, working with applicants and working with colleges?

How far does a consultant’s interest in the client student go? Does he quit when the student is accepted to colleges? Is he still available for the decision-making, the choice? Is he interested and available beyond then? Even during the student’s enrollment when there are questions or issues come up?

Do you like the person? Does your son or daughter like him or her? You will all be spending lots of time together, in person, on the phone, on SKYPE, on email; are you going to enjoy that interaction? If not, find another consultant.

What is the most misunderstood aspect of how a college counseling consultant works?

Two possibilities here: One, the myth that all consultants are horribly expensive. Would you pay 2% of something to be as sure as you can that you would ‘get it right’? That is about the percentage of the current cost of four years at leading private colleges that my comprehensive fee makes up. Seems more than reasonable, doesn’t it?

Second is the myth that a consultant can “get your child in” to college. That is not going to happen. When I work with students, my role is to help them maximize their chances for admission to colleges and universities that they want and that are appropriate fits for them. That’s quite a difference.

What is the biggest challenge you ever successfully faced with a student or family, and how did it turn out?

I’m not confident in selecting any one challenge here, for I have worked with so many young people and families in interesting situations. But a very recent significant challenge, and certainly one of the most interesting cases I have had, concerns a very bright young man, home-schooled through the 9th grade, now finishing his senior year in a competitive independent school, who was very, very particular about college choices, knowing more about what he did not want than what he did want, at odds with his parents because he was so uninterested in many colleges that they thought would intrigue him (and some that I hoped would intrigue him).

He finally applied to a very small handful of competitive northeastern private colleges. Among these, he was most interested in Williams, but not enough to apply Early Decision. He was admitted in the regular pool. Along the way, he discovered the Yale-National University of Singapore venture, now only in its second year of operation, applied and was accepted. This threw a monkey wrench into all planning: his family’s, his own, and mine! A trip to Singapore (all expenses paid by the college) and a number of 1:1 and family conferences (with me) ensued, with the student seemingly ‘seduced’ by the glamor of the trip and the hosting the college did (which included minimal academic exposure). Had he lost all perspective? Had he replaced his vital and keen academic interests with a ‘promise’, an adventure?

Well, it turned out he was indeed doing his own due diligence as far as he could, and that his revisit to Williams was not a success. And this fellow, from rural Vermont, has chosen to throw his lot in with a brand new college venture half-way around the world.

My challenge? To remember that it was not my job to tell him where I thought he should go to college. Rather, it turned out to be my role to play family moderator and devil’s advocate. I like to believe that my involvement in some constructive ways helped him reach his decision, for it was, as it should have been, his decision.

Can you tell me the story behind one of the wonderful testimonials on your website?

Here’s the backstory behind the “mother of a high school senior” from Massachusetts who shares with us the fears and anxieties of many, many parents as she relates her anticipation of facing an “emotionally-charged, anxiety-provoking and arduous college application process with uncertain results.” And, if she expected that, imagine what her son faced as he realized his own lack of information and knowledge about the different kinds of colleges, the various options out there, the existential question of ‘where will I fit?’ and the practical fear of ‘where can I get in?’—all intensified by his mother’s fears and anxieties which he could not help but absorb!

This family came to me, referred by word of mouth. They lived in Eastern Massachusetts and the young man, Kevin, was just starting the first-semester of his senior year. He had compiled a decent, but not stellar high school record, earned SAT scores in the low 600s on CR and Math, suffered from some mild ADD, no longer treated with medication, and was the elder of two children of a single professional mom, herself a college graduate. The boy and his mother had found guidance in his school to be woefully lacking in any real personalized help in the college process. They were both frustrated.

I drove to meet them at their home for our first session. Thereafter, we worked via phone and email and SKYPE, punctuated with several more personal sessions at half-way sites or here in my office in Shelburne. Kevin was determined and committed and diligent; his mom was supportive and caring and not intrusive. We went through the steps I follow with each student, though in his case they were jammed closer together than I would have liked (had he started with me as a mid-year junior, we could have balanced tasks and time more effectively).

I reviewed Kevin’s academic records and test scores. I asked him to complete my comprehensive initial “choice” questionnaire (designed to show what he knew and what he thought he wanted), a brag sheet, a self-recommendation. I asked his mother to write to me about him (she wrote five pages!). I talked with two references about him, one at his school. I drew up a preliminary list of colleges, sent him off to do research, re-worked the list when he got back to me.

They visited five campuses (both taking time off from work and school). We spent time talking about how his ADD had affected him and what kinds of supports he would benefit from in college. I asked him to list every possible activity, adventure, service project, leadership role…that he had ever had, and reminded him that the person he should ask to fill in the blanks is his mother (mothers know these things). We tackled the vital application essay (and short answers) on the Common Application. I prepped him for interviews at three colleges (two were returns from the first visit). I asked him a thousand questions, and I probably responded to a thousand more from him and his mother.

Kevin applied to seven northeastern small colleges—Union, Champlain, Trinity, Wheaton, Clark, Muhlenburg, Ithaca—and the University of Massachusetts, Amherst. With his interest in the sciences, Clark and Union were his preferred destinations, with Clark in the lead. He earned acceptances at all except Trinity, and subsequently enrolled, and then four years later was graduated from, Clark, where he attended on a nice merit award and earned distinction in biochemistry.

It proved to be a satisfying journey for all three of us.

What is the single most important piece of advice you would give to college hopefuls?

Without hesitation, I advise hopefuls to take the most challenging courses their high school curriculum offers and that they can reasonably handle well, and work diligently in them, interacting positively with teachers and demonstrating interest wherever and whenever they can. The three most important factors in college admissions for most applicants remain: Transcript. Transcript. TRANSCRIPT!!

For more information about or questions for Peter Stevens, please go to his Education Consulting Website.

For more information about how to tackle the most challenging course in your high school, contact Quantum Prep.