Learning Disabilities and College Admissions – The Price of Anonymity 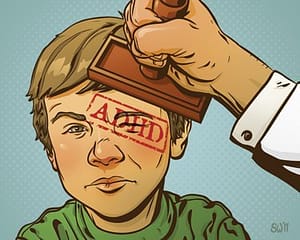 “I want to be a normal college student. I no longer want the stigma of being learning disabled. I am ready to be anonymous – without the shackles of accommodations,” Mark stated with a determined look in his eye.

Mark, a Boston, MA public high school senior, echoes the sentiments of many of the college bound students with learning disabilities whom I have helped place into colleges over the past several years.

The real question, the truly important question these students need to ask themselves is: Have I developed the skills necessary to be independent of the type support I have received in the past and still succeed at the college level?

Mark’s family had many concerns regarding the application process. Specifically, they questioned whether Mark should embrace or forgo educational supports in college, and what repercussions could result from this decision. He had grown immeasurably from his days as a struggling academic student into a well-rounded student-athlete in high school. Mark was a three-year varsity athlete on the football team and his coursework, once mostly remedial in nature at the elementary and middle levels, now mostly consisted of honors level classes and even an Advanced Placement (AP) Calculus course.

In considering which college to attend, Mark wanted to continue this positive momentum but yearned for more independence, including having the option of selecting schools without campus-based academic support programs. His parents, conversely, were more cautious. While they recognized Mark’s emotional growth and academic maturity, they worried about his attending a college or university which did not offer the previous levels of support for his Attention Deficit Disorder (ADD). They wondered how students with learning disabilities like Mark have fared at the post-secondary level? Historically, not so well.

According to the National Center for Special Education Research, students with learning disabilities are more likely than their peers to drop out of college. Let’s look at the numbers:

There are signs, however, that this trend may be improving. Nationally, the representation of students with learning disabilities on college campuses increased from 9 percent in 2000 to nearly 11 percent in 2008 (Marklein, 2011). The true figures for these statistics may also be higher, given that some applicants choose not to disclose this personal information when completing their applications. Additionally, more schools are actively recruiting these populations. Many two-year and four-year colleges and universities have established support programs in recent years for college students with learning disabilities, including Attention Deficit Disorder (ADD), Attention Deficit Hyperactivity Disorder (ADHD), Autism Spectrum Disorders (ASD), and executive functioning issues.

When embarking on the school selection process, college applicants with learning disabilities have similar preferences as their peers regarding a school’s size, whether a school offers one’s desired major, where it is located, and what it offers in terms of extracurricular activities. When completing applications, they must also decide whether to disclose their learning differences and whether to target schools with supportive programs. What are the benefits of candidates disclosing their learning issues to prospective schools? How much detail should they provide? Will disclosure influence their chance of acceptance? What type of documentation/testing will schools require in order for them to be considered for accommodations? What type of supports will be offered, and how similar will they be to what they have received in high school? What will be the difference between schools which offer campus-based support programs versus those that do not? For schools that do not offer specialized services, what are they minimally required to offer by law?

For students with learning disabilities and their families, it is important to know how federal regulations apply at all educational levels. My client Mark was tested in the first grade and diagnosed with Attention Deficit Disorder (ADD). While his parents assumed that he would receive an Individualized Education Program (IEP), as had been the case for other students in Mark’s grade diagnosed with learning disabilities, he was given a 504 designation instead. Why was this the case, and what is the difference?

Students with learning disabilities can receive either an Individualized Education Program (IEP), covered by the Individuals with Disabilities Education Act and overseen by the Office of Special Education and Rehabilitative Services (OSERS) under the Department of Education, or a 504 designation, referring to section 504 of the Rehabilitation Act of 1973 and which is overseen by the Office of Civil Rights (OCR) of the United States Department of Education.

The basic difference between an IEP and a 504 is that the IEP is more regulated and specific in terms of time frames, parental participation and formal paperwork requirements. A more complete understanding can be found in Understanding the Differences Between IDEA and Section 504 at LD OnLine a popular online resource for parents and students with learning disabilities.

While Mark’s parents were initially confused with the school’s decision, they found that, over time, he was well supported with the 504 plan; his needs were met and his academic work quickly improved.

Mark and his family began the college search process during his junior year. In creating a list of potential schools, he had just a few “must-haves.” His choice school had to have his desired major (business management), a mid-size student population, and a nationally recognized sports program. Mark was a huge college football fan and dreamed of attending a school that had a significant football culture. He and his parents looked at schools with and without specialized support programs for his ADD. The family found several that they all agreed could work for Mark. Along with campus tours, they were able to schedule meetings with each college’s disability coordinator, which, according to the U.S. Department of Education, nearly all forms of post-secondary educational institutions are required by law to have. The types of accommodations that may be offered include (but are not limited to):

In the process of formally applying for accommodations, they faced some obstacles. Each school required documentation or proof of disability. Mark and his parents also learned that his 504 designation (which they once viewed as a consolation prize of sorts in lieu of a more coveted IEP), held more influence at the post-secondary level and that IDEA had no influence in higher education (Eckes & Ochoa, 2005).

Many of the disability coordinators they met with stated that Mark was under no obligation to disclose his ADD when applying. Nevertheless, if Mark requested services, he would not only be required to formally register with each school’s disability office, but would also need to inform his professors at the start of each semester in regards to his needs for accommodations (Joyce & Rossen, 2006). This situation presented a dilemma for Mark and his parents, as this was the type of attention that Mark resented in school and certainly wanted to avoid at college.

Throughout his K-12 education, most of his support was made available to him without any effort on his part. He simply utilized them according to what his needs were at the time. Mark’s parents were worried. They feared that he would refuse support of any type, regardless of the ramifications.

Ironically, Mark likely may have developed more self-advocacy skills in high school had he been issued an IEP instead of a 504 as the IDEA requires that students take a more active role in their educational planning. With an IEP, students are required to be present and take an active role at meetings, be knowledgeable about their disability, and have the ability to self-advocate (Cawthon & Cole, 2010). The participation by students is required once they reach the age of majority, or if a meeting deals with post-secondary transition. Moreover, IEP plans need to have a plan for transition from high school to post-secondary education, employment, and independent living. For students planning additional education, i.e., post-secondary education, the IEP will set up a process of putting together a 504 plan for that education, starting no earlier than the IEP Plan in force when the student reaches age 16.

When the time came to select schools and send in applications, Mark was resigned to the fact that he would need to advocate for himself at college. Why? His parents would no longer be able to advocate for him. As one disability coordinator pointed out, once in college students are viewed as adults and FERPA (Family Rights Education Privacy Act) protects their privacy (including academic records, etc) from even their parents, unless they authorize access. Mark would have to fight his own battles without his parents’ assistance.

Mark received acceptances at a number of schools, including his first choice. His first choice university not only met all of the major items on his checklist, but also offered supports for his ADD—a campus-based support center for college students with learning disabilities that provided him many of the same accommodations that he benefited from in high school. While there were additional costs associated with participation in the program, Mark and his parents felt the added expense was worth it. The program had its own new student orientation in June. As an incoming freshman, Mark had a head start in regards to making friends, familiarizing himself with the campus, and meeting his professors and the program’s support staff.

For many students, like Mark, who are diagnosed early on in school with a learning disability, the specter of shame associated with the accommodations they receive more often than not overshadow the benefits programs can provide, but this is less the case at the college level. In high school, these students are one amongst hundreds, but in college, surrounded by more mature and success-oriented young adults, they are hundreds amongst thousands, and, in most cases, the same stigma simply does not apply. In addition, college learning disability support programs are better designed to empower students by providing the kinds of useful support and accommodation that essentially “level the playing field.”

Afterwords:
So what happened to Mark?

Currently a sophomore, Mark is thriving as a business management major. He was able to take advantage of the supports provided by his 504 designation through high school, and has become a functionally independent college student with supports early on in college. Academically, he is maintaining a high “B” average (3.3 GPA). He has developed enough independence that he plans to relinquish enrollment in the program in the upcoming semester. Mark’s parents could not be happier with his growth. He has his sights on doing a semester abroad in Europe and has begun thinking about graduate school options—including pursuing his MBA directly after finishing college.